The family-run winery Knisper is picturesquely located in the Palatinate Laumersheim. 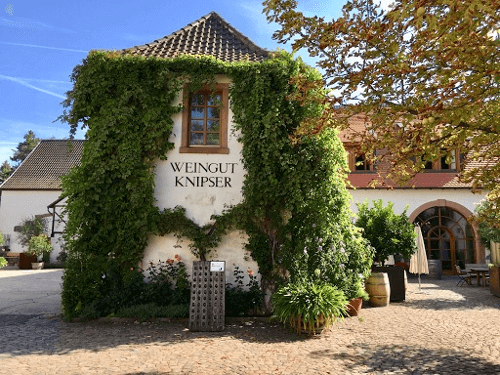 Viticulture in the Palatinate has been practiced since the ancient Romans and has earned a position in Germany that stands for the highest quality. One of the reasons for this reputation is the Knipser winery from Laumersheim. In the northern part of the Vorderpfalz, picturesquely located between Bad Dürkheim and Grünstadt, the Knipser brothers create vintage after vintage of wines with varietal site character. Unique wines of their origin. Volker and Werner Knipser continue a family tradition that has lasted since 1876, with exemplary quality. In the 1980s, the two began to take care of their parents' mixed agricultural business on their own responsibility. But the two quickly knew that they wanted to focus 110% on viticulture. A milestone in this development was the appointment to the Association of German Prädikat Wine Estates, or VDP, in 1993. This association of Germany's best winegrowers has stood for the highest striving for quality for over 100 years and has revitalized German viticulture in an unexpectedly positive way. What the VDP is for Germany, the Knipsers are for the Palatinate. Through their own very high standards, they brought the picturesque village of Laumersheim onto the menus of many top restaurants and onto the tongues of the entire German wine world.

Tradition and innovation are by no means mutually exclusive in the Knipsers' craft. Quite the opposite. In fact, they are mutually dependent. At the Knipser winery, we are constantly questioning, testing and developing new wines. Of course, there are classics like the Palatinate Riesling or Pinot Noir, which are among the best the wine world has to offer, but there are also other world-class grape varieties that have found a new home here. Especially the Bordeaux grape varieties Cabernet Sauvignon, Cabernet Franc and Merlot but also the French noble grape Syrah is firmly rooted in Knipser's portfolio. And so it is not surprising that the most renowned of all German Bordeaux blends, the 'Cuvée X', comes from the Northern Palatinate. Also in the vinification the Knipsers have oriented themselves already at the end of the eighties to the best what there was to drink at that time - the Bordelais. Their membership in the Barrique Forum impressively underpins their ambitions and gives us wines that impress with their complexity and longevity. 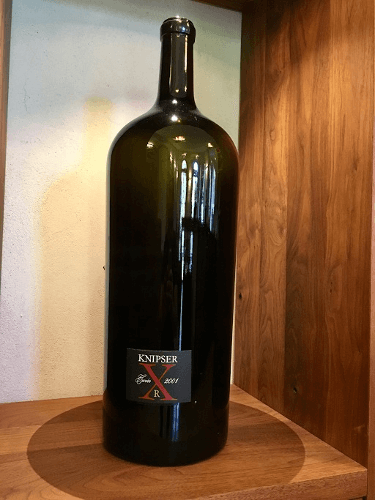 The ideal climate for viticulture does not exist, but the special one does. Especially in the Palatinate, many favorable factors come together to produce world-class white and red wines. On the one hand, the imposing Palatinate Forest offers a unique rain shadow, which in turn, with only little precipitation, spurs the vines to peak performance. The almost 2000 hours of sunshine per year bring almost Mediterranean flair and the best winegrowing conditions, which are also outstanding for French red wine grape varieties. The gnarled vines were planted in the area on loess/loam soils or soils with a limestone marly layer. On the slope there is significantly less humus but more of what, gives the wines their distinctive Palatinate character. The poor sandy soils from the Großkarlbacher Osterberg and the Laumersheimer Kapellenberg make the wines appear fine and delicate. They drink almost prancingly. Firm limestone soils that are thousands of years old are found in the Laumersheimer Kirschgarten, Laumersheimer Steinbuckel, Großkarlbacher Burgweg and Dirmsteiner Mandelpfad sites. The best results on these hard soils are mostly achieved by Burgundy grape varieties such as Chardonnay, Pinot Gris, Pinot Blanc and Pinot Noir. Thus, the sites form the foundation for the success of the Knipsers.

One does not get the impression that the very good press or the large number of awards and fans has changed the family. The 'Pälzer Buben' prefer to be in the 'Wingert' and cellar - taking care of your grapes and wine. Even if Feinschmecker, Gault&Millau and the renowned wine critic Eichelmann all award the highest score for the winery, it is always about the best wine quality. And what's next? Stephan Knipser will soon be in full control of the reins and will present us with top wines year after year that we can enjoy at our leisure.