The wine philosophy of the winery Bernard Pawis focused from the beginning not on quantity but on quality.

The work of the monks is continued at Bernard Pawis

This principle remains true even with the current farm size of 12 hectares. A conscious approach to nature is also a matter of course for the winegrowers of this winery. Because one knows from an old winegrower's wisdom:

"The soil is the father of the wine, the vine the mother and the climate its destiny" 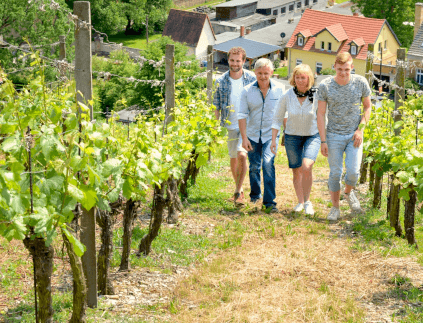 Thus, they work according to the criteria of environmentally friendly viticulture and respect the soil and the plant as the most important asset. By fertilizing according to the needs of the soil after regular soil tests, increasing humus and erosion control by planting vegetation between the rows of vines, one respects the natural resources as well as by using proven forecasting methods for the targeted use of plant protection products that are gentle to beneficial insects.

Yield reduction that pays off at Bernard Pawis

The secret of success for healthy grapes with high flavor potential is also not revealed by the Pawis family. Only so much is revealed: Close observation of the vegetation in the vineyard and careful quality-oriented intervention at the right time are an essential part. All yield-reducing measures from pruning to harvesting are also based on this knowledge. The average yield is about 65 hl/ha. At the Pawis Winery, a great deal of effort is put into achieving the highest quality. And this was rewarded in October 2001 with the admission to the Association of German Prädikat Wine Estates (VDP).

The grape variety list of Pawis reads as follows: 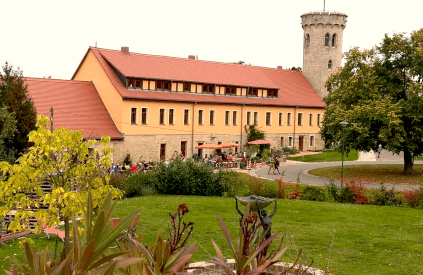 Hundreds of years ago, the Cistercian monks already knew that the shell limestone and the red sandstone are excellent for viticulture. Heat islands that form in the river valleys of the Saale and Unstrut give the vines a particularly mild microclimate. To this day, a whole network of climatic and landscape factors characterizes the "terroir" of a vineyard site, which makes the wine unmistakable through the careful work of the winemaker. By the way, the name of the vineyard "Edelacker" goes back to a legend, according to which Ludwig the Iron, Landgrave of Thuringia, took revenge in 1170 by harnessing his peasants, who were oppressed by the nobles, to the plow in front of his castle. Since the noblemen had to plow the stony field as punishment, one speaks of the Edelacker.