More about Valdo
Cookie preferences
This website uses cookies, which are necessary for the technical operation of the website and are always set. Other cookies, which increase the comfort when using this website, are used for direct advertising or to facilitate interaction with other websites and social networks, are only set with your consent.
Configuration
Technically required
These cookies are necessary for the basic functions of the shop.
Allow all cookies
CSRF token
Cookie preferences
Currency change
Customer-specific caching
Decline all cookies
Individual prices
Selected shop
Session
Comfort functions
These cookies are used to make the shopping experience even more appealing, for example for the recognition of the visitor.
Note
Permanent cart
Statistics & Tracking
Affiliate program
Conversion and usertracking via Google Tag Manager
Track device being used
Information
Filter
Close filters
No results were found for the filter!

Valdo Spumanti is a sparkling wine producer based in Valdobbiadene, in the heart of the Prosecco region.

The story of Valdo is the story of the Bolla family and a story of passion and entrepreneurship. A story that spans three generations and is closely linked to the development of Prosecco and the magnificent land that serves as the stage for the family's vocation to winemaking, Valdobbiadene. It all goes back to a realization that the great-grandfather Abele had more than a century ago.

The history of Valdo

In 1883, then owner of a tavern in Soave in the province of Verona that still exists today, he decided to produce still wines to supply the best restaurants in Venice and Milan. In 1926, Società Anonima Vini Superiori was founded by a group of entrepreneurs to produce sparkling wines in the Valdobbiadene and Cartizze regions. In 1938, Sergio Bolla bought the shares of the other entrepreneurs and the family became the sole owner. In 1941, the company got its current name: Valdo.

The Marca Oro as a driving force

In 1958, the Prosecco Marca Oro was introduced, which was to become the driving force behind the winery's success in the following years. In 1960, sales began nationwide. Sales in restaurants would also prove to be a key strategy, as some emigrated and took Valdo Prosecchi abroad, which in turn boosted international success from 1970 onwards. 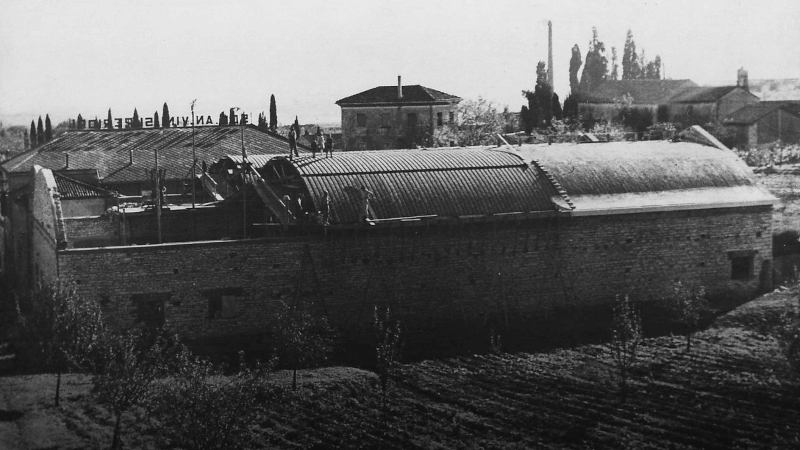 The leap into the world

In 1990, they finally started exporting themselves, first in Europe, then America and the Far East. In 2003, a new winery building with state-of-the-art technology was installed. In 2013, the headquarters for Valdo Europe opened in Germany, followed by the American branch in 2017.

The grapes for Valdo wines are produced and sourced locally. None of this would be possible without the tireless collaboration of the 70 winemakers who grow the grapes and deliver them to the winery. The relationship between Valdo and its winemakers is a long-standing one, an alliance based on trust, respect and mutual exchange. The winery offers them agronomic and viticultural advice and supports them from pruning to choosing the ideal harvest time. 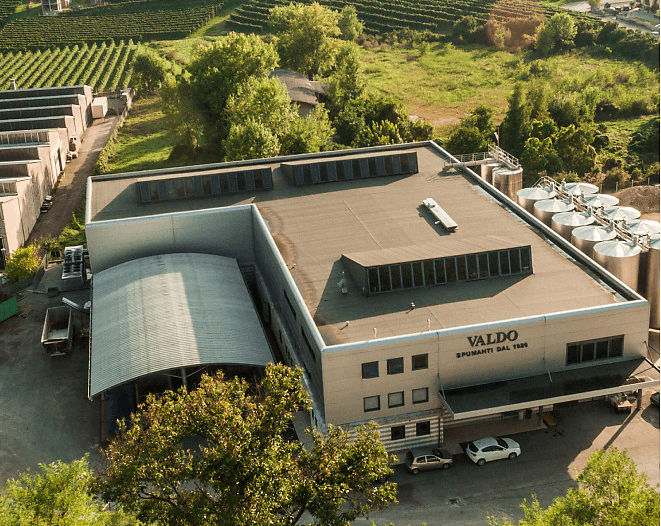 For over twenty years, Valdo has been committed to environmental sustainability. Its main goal is to manage its vineyards with fewer pesticide treatments and targeted fertilization, combined with a range of good agricultural practices such as soil and crop management, biodiversity and traditional harvesting. Since 2019, the use of glyphosate as a weedkiller has been banned in the Valdobbiadene area. An added value not only for wine growing, but for all agricultural production and the well-being of the soil. Limiting CO2 emissions is a daily commitment, as is reducing water consumption in the production process and reducing the amount of paper used each year, which has been reduced by 25% in 2019 compared to the previous year. 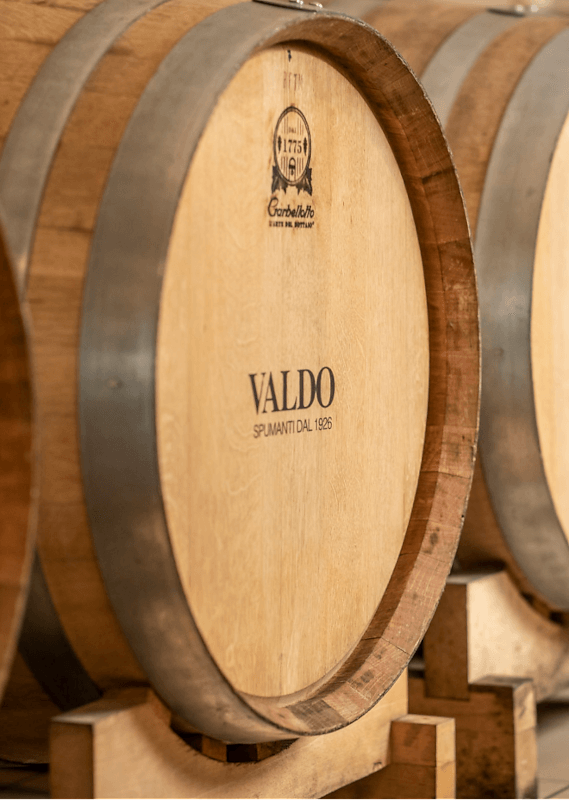 Valdo regularly receives awards for its sparkling wines. The wines are always guests of big names such as Falstaff, the Guida Vini Buoni d'Italia, the IWSC, AWC or Decanter and many others.