The wines and sparkling wines of Rotkäppchen.

The Rotkäppchen Sektkellerei is located in Freyburg (Unstrut), in the middle of the wine-growing region of Saale-Unstrut, the northernmost growing area for quality wine in Germany. The house has a long tradition that goes back to 1856. In that year, Moritz and Julius Kloss, together with their friend Carl Foerster, decide to open a wine shop in Freyburg. Just one year later, they have a factory built for the production of sparkling wines, the "Freyburger Champagner-Fabrik-Gesellschaft". The sparkling wine is marketed under the name Kloss & Foerster. In keeping with the fashion at the time, the names are all French, so they sell "Monopol", "Crémant Rosé" or "Sillery Grand Mousseux".

Over the next few years, the enterprising businessmen made their new product famous in all sorts of ways. The sparkling wine was awarded gold at the Reichstag wine tasting in 1876 and at the trade exhibition in Halle in 1881. The company grew steadily. Finally, in 1894, the "Law for the Protection of Trademarks" comes into force, and a new name for the sparkling wine has to be found. The capsule of the Freyburger sparkling wine serves as the name patron, and so from  it then bears the name Rotkäppchen Sekt.

The brand's success grows steadily, and it becomes a supplier to military officers, for example. The company experiences its first setback with the First World War and the following inflation in the 1920s. The following world economic crisis does its usual. In the 30s the brand recovers, only to slump again with the Second World War. After the war, the brand is first placed under the control of the Soviet military administration, then transferred to Volkseingentum and continued in this way. Meanwhile, brand heir Günther Kloss re-founds the Kloss & Foerster Sektkellerei in West Germany and produces sparkling wine under this name. 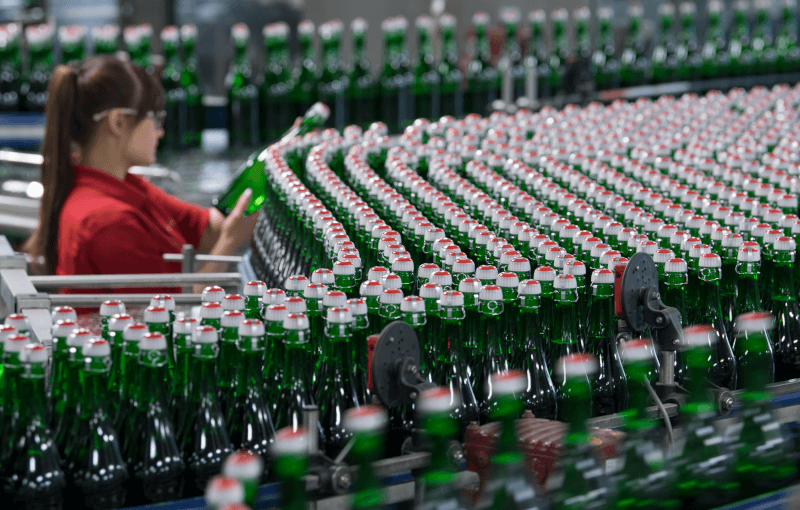 In the GDR, the brand Rotkäppchen Sekt recovers and soars to new heights. With the fall of the Berlin Wall, however, sales collapse again. The company downsizes massively. In the end, it is former Rokäppchen employees who, together with investors, take over the ailing company and rebuild it. In just one year, sales already exceed expectations. The sparkling wine with the red cap is made competitive for the market economy, a first commercial for television is shot.

Boom of Rotkäppchen sparkling wine in the new millennium

In 1996 a new production hall has to be built to meet the demand. In 1997, the bottles are given the face they still bear today. In the 2000s, the company began to take over shares in other sparkling wine houses such as Mumm and MM extra. In 2006, the company acquired the rights to the Kloss & Foerster sparkling wine brand, thus reuniting the brands after 60 years of separation. 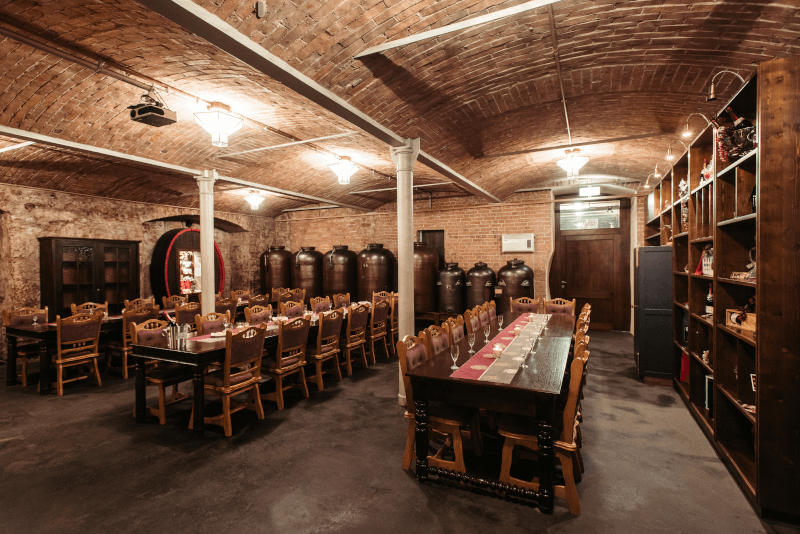 Today, the company produces still wine in addition to sparkling wine, which has also been available in non-alcoholic versions since 2008. In addition, it has already gained a foothold in the spirits market, so the "flagship" spirits from Nordhausen or the "Chantré" brandies also belong to Rotkäppchen.

The production of Rotkäppchen sparkling wine

Here, the maturation is carried out in large pressure vessels. The process is known internationally as the Charmat method, named after the developer of today's process with pressure-resistant fittings Èugene Charmat, or as Metodo Martinotti in Italy, named after the oenologist Federico Martinotti, who had the basic idea for the process. The process spread rapidly after its first use in the early 20th century in Germany, which was quite open to technological advances.

The Traditions line of Rotkäppchen sparkling wines, the brand's flagship product, is made using this process. 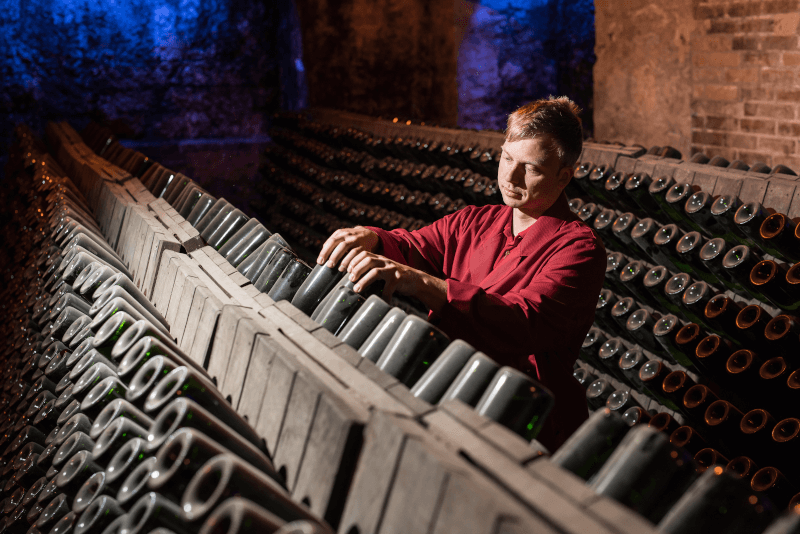 Also known as Méthode champenoise or Méthode traditionelle, it is the standard for world-renowned sparkling wines such as Champagne, Crémant or Cava. The base sparkling wine is blended with the sugar and yeast mixture for the second fermentation and bottled. After fermentation, the yeast is moved into the neck of the bottle by riddling and the yeast plug is removed. The loss of sparkling wine is compensated by the dosage, a mixture of wine and sugar syrup, which is decisive for the taste. Rotkäppchen - Sparkling wines produced according to this method are labelled "classic bottle fermentation".