Rocca delle Macie is a winery located in Tuscany, in the heart of the Chianti region. The estate was originally founded by film producer Italo Zingarelli. 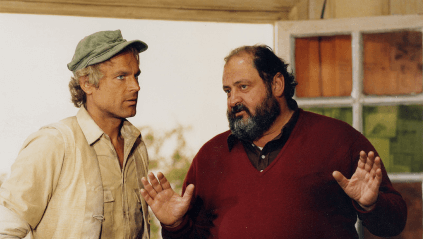 Rocca delle Macìe - Wines from Tuscany ready for the movies

Italo Zingarelli had long cherished the dream of wanting to produce wines. Until then, however, he was first to make a name for himself as a producer of films such as"We were so in love" or the films "The Devil's Right Hand and the Devil's Left Hand" and"Four Fists for One Hallelujah" with Bud Spencer and Terrence Hill. in 1973, the time finally came and he acquired the estate "Le Macie". With an area of 93 hectares, it offered ideal conditions for excellent wine with Chianti appellation. However, at first only two of them were planted with vines.

Italo handed over the management of the estate to his sons Sergio and Fabio, and his daughter Sandra, in 1985. International sales were expanded and four years later Sergio and his wife Daniela took over the management. With determination and the demand for high quality, Sergio, together with Sandra, managed to further expand the reputation of the estate and win various awards. 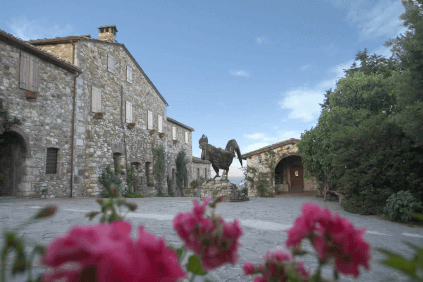 Time has not stopped at Rocca delle Macìe, and today the estate has evolved:

500 hectares total area, of which

The first four are located in the Chianti Classico region, the others in Maremma.

The cellars of Rocca delle Macìe are mainly located in the company's headquarters. three different rooms have been created in the meantime, the first one in the former stable of the estate. If this holds just 35 large barrels, in the 1970s the first large, proper cellar was built, which already houses 70 barrels and another 400 barriques. Another 100 barriques can be found in an old hayloft, where the grapes for Vinsanto used to be dried.

In addition, there is a modern cellar in Le Tavolelle, where the highest quality red wines are stored and can mature in barriques under optimal conditions. The wines from Maremma, the second region, are again aged in the cellar of Campomaccione. 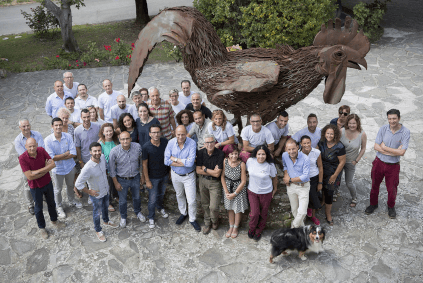 A wide choice for all tastes

The flagship of Rocca della Macìe is, of course, the Chianti Classico, but "simple" Chiantis are also produced here. The two wineries outside these appellations produce the DOC-protected Maremma wine, as well as the simpler Toscana IGT wines, which are nevertheless of high quality and pay tribute to the tradition of Tuscan wines. Wines from Montalcino, Montepulciano, Bolgheri, San Gimignano and Orvieto are also offered by Macìe.