The exciting wines from the Austrian winery Leo Hillinger are available at VINELLO.

More about Leo Hillinger
Cookie settings
This website uses cookies, which are necessary for the technical operation of the website and are always set. Other cookies, which increase the comfort when using this website, are used for direct advertising or to facilitate interaction with other websites and social networks, are only set with your consent.
Configuration
Technically required
These cookies are necessary for the basic functions of the shop.
Allow all cookies
CSRF token
Cookie settings
Currency change
Customer-specific caching
Decline all cookies
Individual prices
Selected shop
Session
Comfort functions
These cookies are used to make the shopping experience even more appealing, for example for the recognition of the visitor.
Note
Permanent cart
Statistics & Tracking
Affiliate program
Conversion and usertracking via Google Tag Manager
Track device being used
Information
Filter
Close filters
No results were found for the filter!
2021
2020
Small Hill Rosé - Leo Hillinger
Rosé wine dry Austria Burgenland (AT) Neusiedler See (AT)
Details
2020
2019
Small Hill Red - Leo Hillinger
Red wine dry Austria Burgenland (AT) Neusiedler See (AT)
Details 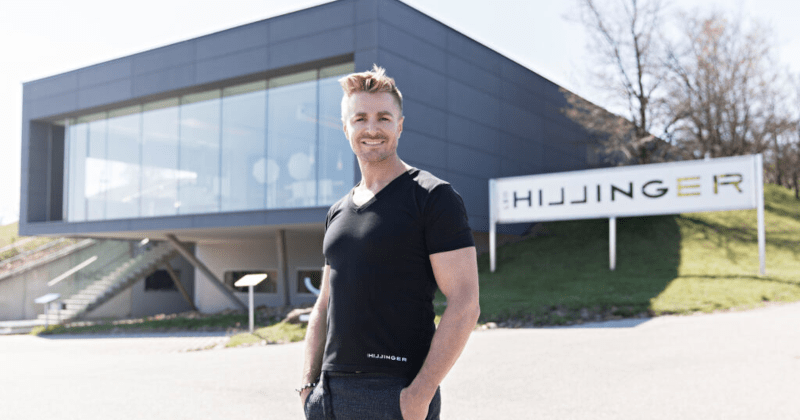 Leo Hillinger was born in 1967 in Eisenstadt, Austria, and grew up in Jois. His love of wine was born in his cradle, as his father was a wine merchant with a wine tavern. His life has not only been marked by success, there have also been many setbacks. The road was rocky, but persistence and determination finally paid off. When asked how he achieved his goals, Leo Hillinger replies, "With consistency, consistency, consistency."

Leo Hillinger's heart clearly beats for viticulture. Not only as an entrepreneur, but also as a winemaker, he has won several awards, and his winery is internationally renowned.

Leo Hillinger spent his early apprenticeship years at various wineries in Europe and California. He completed his training in Germany as a state-certified economist and master winemaker. His success story finally began when he took over his father's wine business and purchased 12 hectares of vineyards. After building and opening his winery in Jois in 2004, Leo Hillinger set about establishing his first Wineshop & Bar. He now has four of them, spread throughout Austria.

Then in 2012, Leo Hillinger began his long-standing and fruitful collaboration with the South African winery Constantia Glen. This is where the Constantia HILL wine line is created. He therefore likes to call South Africa his "second home", to which he travels several times a year.

2012 was also the year in which he became the first winemaker to be named "Entrepreneur of the Year" by management consultants Ernst & Young.

Today, Hillinger cultivates 100 hectares of vineyards around Lake Neusiedl in the Leithaberg region. 30 percent of his wines are now exported to over 20 countries. In doing so, he has always remained true to himself and his vision. This vision and his unconventional approach are ultimately also responsible for the fact that his network has grown and grown over the years. Part of his vision was to press top wines as close to nature as possible. Various branches opened up for him along the way, and today he is not only a winemaker, but also an investor and marketing strategist. Today he is an organic winemaker, entrepreneur and ambassador for his region.

Once his winery was fully funded, it was time for entrepreneur and winemaker Leo Hillinger to make new investments. Thus, ongoing reinvestments in the winery continued the expansion course. The goal was and still is that the winery should be one of the most modern in Austria, where exceptional wines are vinified under the aegis of recognized wine experts.

As a modern entrepreneur, Hillinger himself does not shy away from the screen. In 2015, he joined "2 Minutes - 2 Million," a Pulse 4 television show, as an investor. In the framework, he helps start-ups and uses his broad network for this purpose. For the series "Dorf braucht Wirt. Die große Wirtshausbelebung," he toured Austria. He also created his own format together with the station Puls-4: "Austria's Next Top Winemaker."

Enough life for a biography in book form

In 2012, the flood of awards for Leo Hillinger began with the Entrepreneur of the Year award, as mentioned above. An award he was the first winemaker ever to receive worldwide. The very next year, the winery was named "Best Family Business 2013 Burgenland" by WirtschaftsBlatt and its partners Bankhaus Spängler, BDO Austria and Notariatskammer. A prize that is awarded annually to companies that stand out for their regional commitment, creating value and jobs. Followed by many other awards. in 2016, he was awarded the title "Kommerzialrat" by the State of Austria. A professional title that stands for successful business management and efforts for the general public. Leo Hillinger GmbH was honored with the "Superbrand Austria Award" in 2017. The dignitaries for this are selected by consumers and experts.

Naturally, its wines - first and foremost the top cuvées

High quality standards are the be-all and end-all of Leo Hillinger's wines. The quality is inseparably linked to the organic cultivation and organic vinification of the wines.

The grapes are given the longest possible ripening period, they remain on the vine as long as possible. In this way, the grapes can accumulate and ripen as long as possible. When pruning, each vine is treated according to its needs. Of course, this requires a lot of knowledge and experience. The care of the vines is spread over the whole year. Each cane and each shoot is individually positioned, straightened and plucked, or - if necessary - left alone. The motto in cultivation here is "as little as possible and as much as necessary". In this way, the grape can ultimately remain on the vine for the maximum time.

Leo Hillinger also follows this motto in the cellar. The wine is allowed to mature here. The wines mature in 1,200-liter barriques, in large wooden barrels or in 30,000 stainless steel tanks. Thus, each wine can develop according to its individual requirements.