More about Dreissigacker
Cookie preferences
This website uses cookies, which are necessary for the technical operation of the website and are always set. Other cookies, which increase the comfort when using this website, are used for direct advertising or to facilitate interaction with other websites and social networks, are only set with your consent.
Configuration
Technically required
These cookies are necessary for the basic functions of the shop.
Allow all cookies
CSRF token
Cookie preferences
Currency change
Customer-specific caching
Decline all cookies
Individual prices
Selected shop
Session
Comfort functions
These cookies are used to make the shopping experience even more appealing, for example for the recognition of the visitor.
Note
Permanent cart
Statistics & Tracking
Affiliate program
Conversion and usertracking via Google Tag Manager
Track device being used
Information
Filter
Close filters
No results were found for the filter!

The winery Dreissigacker enjoys an excellent reputation, which has been hard-earned over decades and which Jochen Dreissigacker has cemented.

Dreissigacker - with great leaps into the modern age 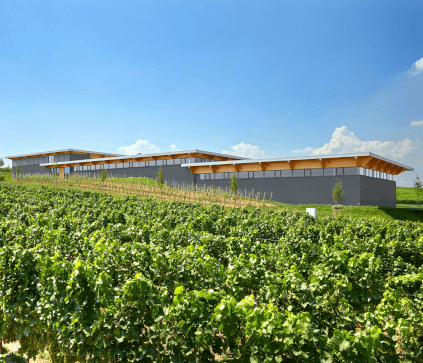 Already after a few moments it becomes clear that Dreissigacker for his wines burns. The attention to detail is already found in the estate qualities and continues stringently to the individual sites. At the same time Dreissigacker the winery attaches great importance to sustainable management in the vineyard and cellar. The decision to switch to organic viticulture is not a stubborn consequence of fads, but rather the consequence of a passion for his wines and vineyards. This is associated with increased manual effort, because weeding and aeration is now done exclusively by hand. Another aspect of the quality philosophy of the wines of Dreissigacker is the reduction of yields. There is no way around this for quality wines. During the"green harvest" at least one third of the grapes are cut out. As a natural fertilizer, these improve soil quality, attract beneficial insects and ensure that the vine can concentrate on the remaining grapes. The result is more extract-rich, fully ripened berries that are more resistant to unwanted mold thanks to better aeration. 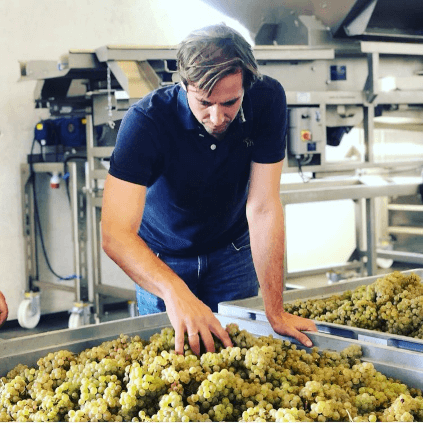 Harvesting takes place at Dreissigackeras you would expect, is hand-picked and selective. This means that a plot is subjected to several readings, as only physiologically fully ripe berries are harvested. The cellar buildings of Dreissigacker are located directly in the center of the small town of Bechtheim and thus guarantee short distances and the associated harvest freshness of the grapes. The vineyards of Dreissigacker stretch like a half moon around the small town in the Wonnegau.
The following sites are planted with Riesling, Pinot Noir, Pinot Blanc and Silvaner: 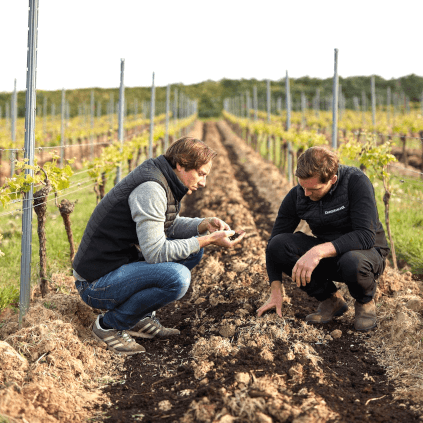 After Jochen Dreissigacker took over his parents' winery, he not only reforested the soil in the direction of organic farming, but also began to replant the winery's best sites Dreissigacker new vineyards. The result can be found in the form of the marvels in the glass. The background of these wines is one of the most delicious compromises we have had the pleasure of tasting. Since the vine age was not yet sufficient for the highest VDP classifications, but the best sites should not be lost in the local and estate wines, Jochen decided to Dreissigacker decided to press unadulterated Rieslings and Pinot Noirs from the young vines. Such high quality was achieved that after the first tastings the name "Wunderwerk" was set in stone. For the wines of the Wunderwerk series Dreissigacker exclusively used vines from the Rosengarten, Geyersberg and Stein sites, whose vine age is between five and fifteen years. To ensure that the still young vines provide perfect harvest material, only 50% of the grapes remain after the green harvest and are allowed to ripen. These grapes are harvested at different stages of ripeness and are stored separately, slightly pressed, before they are blended and allowed to go the way of all wines Dreissigacker the way of all wines. 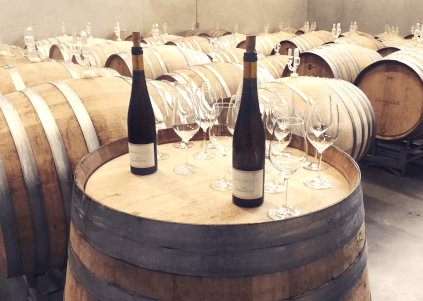 If one wanted to summarize the vinification of the grapes from Dreissigacker could be summed up in two words - patience and care. The selected, hand-picked grapes are transported to the winery in small containers and gently pressed. No pure cultured yeasts are used. Only yeasts found on the grapes take care of the fermentation process, which lasts several weeks. In order to create an optimal final product, at Dreissigacker fermentation, the young wine is moved to stainless steel tanks and large wooden barrels. During the subsequent aging process, the wine is sampled again and again in order to find the ultimately suitable assemblage - a Sisyphean task that is well worth it!