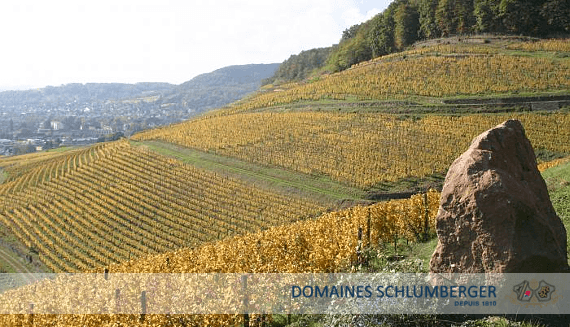 At the Domaines Schlumberger they press what grows on the estate. And with 4 Grand Cru sites and 140 hectares of vineyards around the Alsatian town of Guebwiller, the Schlumberger family has everything in hand to produce first-class wine. This makes Domaines Schlumberger one of the largest vineyard owners in Alsace, producing a wide variety of wines.

The mighty vineyard, with terraces and sandstone walls crumbling, contains the 4 Grand Cru sites of Kitterlé, Saering, Kessler and Spiegel. They make up about half of the Domaines Schlumberger vineyard area. The Kitterlé in particular is capable of producing extremely lush wines, as can be experienced with the Pinot Gris Grand Cru Kitterlé or Riesling Grand Cru Kitterlé. The sun shines long and warm here. The entire vineyard consists largely of sandstone - a sparse but diverse soil. The yield is naturally reduced by the rather poor soil. All the better if you are going to pick the different grape varieties on up to 50% steep vineyards. 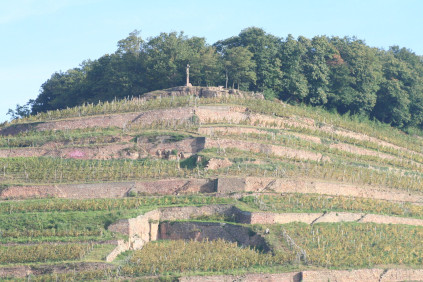 The Schlumberger wines are mostly white wines, with a few splashes of red. They are vinified as a pure variety, but are also offered as cuvée from various individual vineyards.

The history of the Domaines Schlumberger

The Schlumbergers are an old-established family of winegrowers, but centuries ago they were primarily textile manufacturers. After the possessions of the church and monasteries had passed into private hands in the course of the French Revolution, Nicolas Schlumberger took advantage of the opportunity and bought a few hectares of vineyards in addition to a textile factory. The beginning of the Domaines Schlumberger.

With the phylloxera plague came an unusual rise for the estate. While most of the winegrowers turned their backs on viticulture, Ernest Schlumberger bought the vineyards that had become vacant, planted new vines and laid out the stone terraces that are now prominent.

The recent past of the Domaines Schlumberger is marked by a future-oriented modernisation of the winery. Old vines were removed, new ones planted and, since the 2000s, the cellar and equipment have been brought up to the latest standards.

Today, Séverine and Thomas Schlumberger are the 7th generation of the Schlumberger family to head the Alsatian winery, with Alain Freyburger as cellar master at their side. 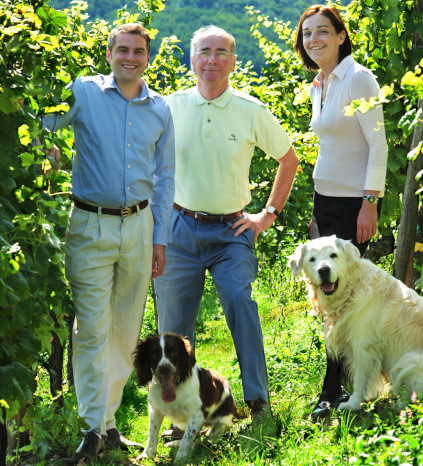 Interesting facts about the Schlumberger Domaines 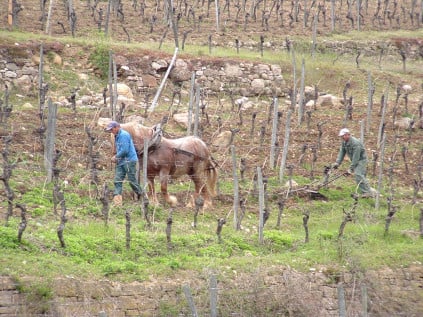 "Every vintage, each wine, is a birth", philosophises Alain Freyburger in his modern cellar with all kinds of shining equipment. Here, the grapes are delivered within 2 hours after harvesting and gently pressed. The wine should express itself, should clearly and directly reflect the terroir. For this purpose, the cellar master has 120 oak barrels and 80 steel tanks at his disposal, which allow the separation of the numerous individual sites and plots. After months of maturing, the wines from the Domaines Schlumberger reveal themselves with all the strengths of the Vosges mountains, sunny terraces and varietal aromas. Whether Grand Cru wines, noble sweet cuvées or traditional white wines such as the Princes Abbés wine line, a tribute to the abbey that already pressed wine in Guebwiller 1,000 years ago, the Domaines Schlumberger brings the best wines from Alsace into circulation. And VINELLO to your home. 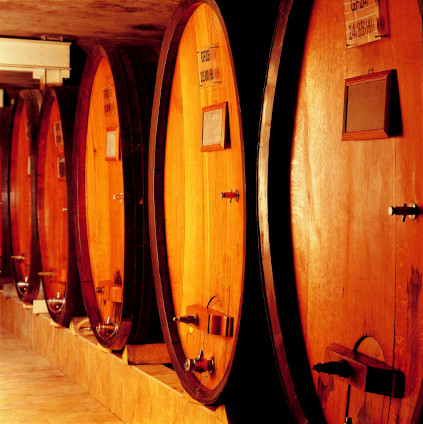