Cuvage was founded in 2011 in Acqui Terme in the province of Alessandria, a region known worldwide for Italian sparkling wine. 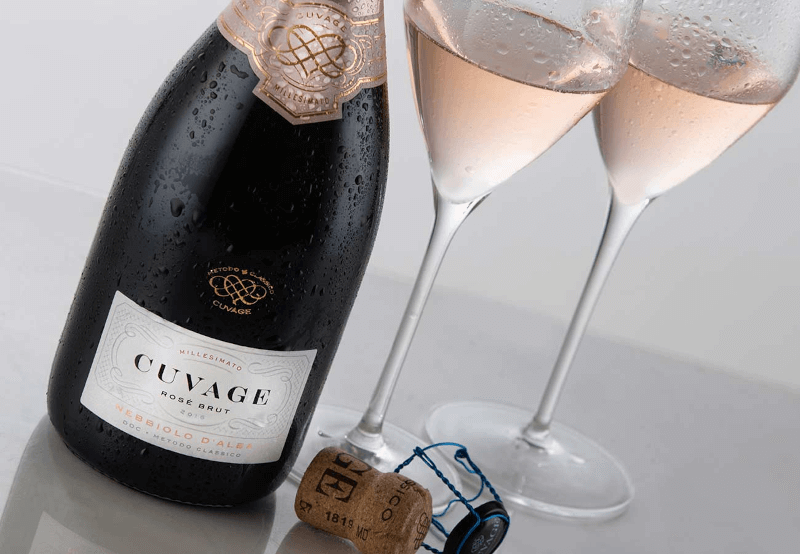 Cuvée and perlage are the two key terms in the production of sparkling wine and Cuvage was born from their combination. The sparkling house is proud of its Piedmontese origins and focuses on autochthonous grape varieties such as Nebbiolo and Cortese, combined with classic international varieties. Cuvage was founded to highlight a unique terroir and enhance the area of origin of quality Italian sparkling wines. The complex craftsmanship behind the method of classic bottle fermentation has been passed down for generations.

But Cuvage is also full of art outside the bottle, and not just inside it. In the octagonal gallery of the winery, works of artists are exhibited. Cuvage takes special care to ensure that the works are in keeping with the winery's values. The "Cuvage des Artistes" is a space where figurative art is combined with the art of transforming wine, its effervescence and its vitality. In this way, a bridge is built between these two fields. Some images can also be found on the bottles as limited signed editions.

Cuvage and the production of its sparkling wines

For Cuvage, indigenous varieties are the foundation. It is passionate about unique expression and oenological quality. To achieve these goals, Cuvage follows a consistent strategy that focuses on the production of Metodo Classico. In doing so, autochthonous varieties such as

and international varieties such as Pinot Noir and Chardonnay. Cuvage selects the vineyards from which the grapes come according to various complementary characteristics in terms of location, soil type and exposure. Clayey soils alternate with ferruginous soils to marl and white limestone, resulting in a wide range of soils for growing grapes. For Nebbiolo, clay-limestone soils are preferred at higher altitudes. For white grape varieties, such as Chardonnay and Cortese, slightly loose soils are preferred, giving the wine finesse and flavour.

The Piedmont region - home of Cuvage

The area between the foothills of the Alps and the Apennines is one of the greatest wine-growing regions in the world, mainly because of the high quality of its wines. This region owes this to the Barolo or also the Moscato d'Asti. The wines from Piedmont also have a very unique character. Many of the grape varieties grown here play no or only a minor role in other parts of Italy.