For 700 years the Frescobaldi family has embodied Tuscany in its essence.

Castello di Nipozzano - the oldest property of the Frescobaldi family

Already during the Renaissance, their wines were drunk at many European courts. The Frescobaldi family owes its important position among the most famous wine producers at European level to the combination of terroir and its innovative spirit. Noble grape varieties such as Cabernet Sauvignon, Merlot and Chardonnay are present on the estates, and since 1990 the renowned oenologist Nicoló D' Afflito and his team of agronomists and oenologists have supported Frescobaldi. 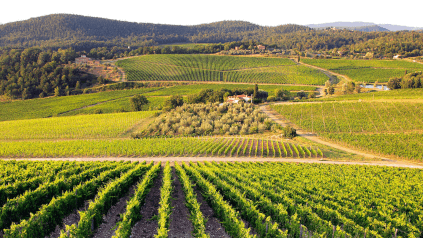 The historic Castello di Nipozzano winery, with 240 hectares of cultivated land, is located in the Chianti-Rufina zone. The winery building is a fortress built to defend the city of Florence. It has been owned by the Frescobaldi family since the year 1000. Located east of Florence, the region is known for its lack of water and has always been appreciated for wine growing. Nipozzano, by the way, means "senza pozzo" in folk tradition, meaning "without a well". In the Castello di Nipozzano, in the middle of the 19th century, the Bordeaux grape varieties Merlot, Cabernet Sauvignon, Petit Verdot and Cabernet Franc were cultivated for the first time by a member of the Frescobaldi family. For a sum of 1000 silver florins the new grape varieties were procured. A courageous investment at the time, which was to pay off only 100 years later. Already in the Renaissance period the quality of Nipozzano wines was mentioned. And not by just anyone, but by great artists such as Donatello and Michelozzo Michelozzi. 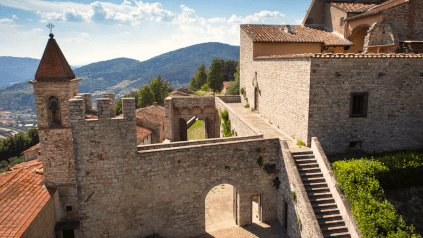 The label of the Nipozzano Riserva has a long history, dating back to the mid-19th century. The coat of arms of the Albizi family of Florence refers to the marriage between Leonia degli Albizi and Angiolo Frescobaldi. In the center of the coat of arms, two concentric circles symbolize a card used for combing wool. In the guild of cloth and fur traders, the Albizi family had come to wealth. Above the coat of arms is emblazoned the noble crown, below which is the eighth cross of the Order of Santo Stefano, an ancient papal order of knights. In the center the saying "Post Deum", God comes first. 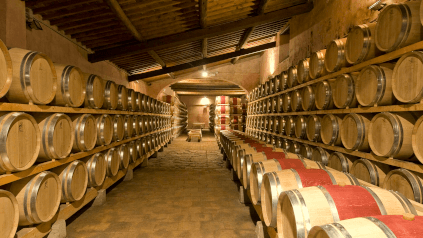 And here once again the grape varieties of the Castello di Nipozzano winery listed for you: