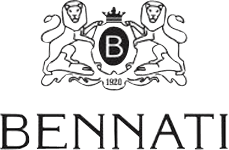 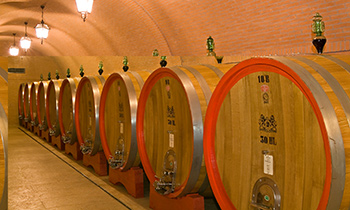 In the small Italian village of Cazzano di Tramigna, in the region around Verona, is the Bennati family's Casa Vinicola Bennati winery. Its historical roots go back to 1870, when Antonio Bennati was born. He was the first Bennati to grow wine and sell it in the region at the end of the 19th century.

His son Annibale took over his father's business and publicly registered the winery in 1920 under the name Cantina Bennati. He also purchased additional hectares of land north of Cazzano, expanding the family business. With the support of his sons Ezi and Aldo, who entered the wine business after World War II, Annibale was able to expand the range of Casa Vinicola Bennati to include all Veronese wine varieties.

At the end of the 1980s, the fourth generation, Antonio, Paolo and Gorgio Bennati, took over the company. Then, as now, the constant quest for quality in the wines produced here is paramount.  It is precisely this quality that is the key to the estate's success: Bennati's wines enjoy great popularity both nationally and internationally.