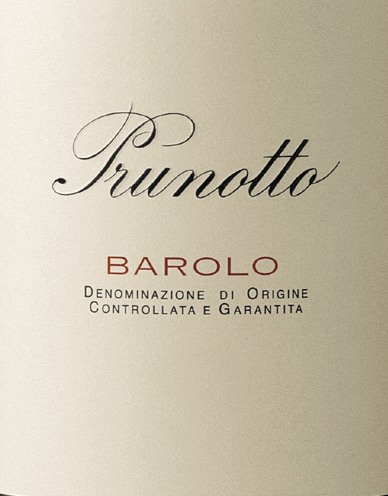 The Barolo DOCG from Prunotto shines granite red in the glass, on the nose a complex bouquet opens up with aromas of violets, forest soil, ripe wild berries and blackberries. On the palate, this Barolo presents a velvety fullness, soft and very balanced, of good structure, full-bodied, with firm and silky tannins. The long finish offers a beautiful, fruity finish with hints of dark chocolate in the background.

Vinification of the Barolo DOCG of Prunotto

The Nebbiolo grapes for this Barolo are harvested in the vineyards of the areas of Monforte, Serralunga and Castiglione Falletto. The soils are mainly marl with fossil sediments, rich in calcareous clay marl with deposits of magneisum and manganese. The selective harvest of the optimally ripened grapes takes place at the end of September. In the cellar they are destemmed and pressed, macerated on the skins and alcoholic fermentation at a controlled temperature of maximum 30°C for 10 days, followed by malolactic fermentation, which is completed before the beginning of winter. The Barolo is then aged for 38 months in total, from which not less than 18 months in barrels of varying capacity in Slavonian and French oak and, after bottling, matures for further months in the bottle.
This classic Barolo can be aged for at least 17 years.

Food pairing for the Barolo DOCG from Prunotto

Enjoy this generous and sumptuous Barolo with hearty meat dishes, game dishes and mature cheese. We recommend opening it about 2 hours before serving and drinking it at room temperature.

Awards for the Barolo DOCG from Prunotto