Tenute Lunelli are three wineries spread across Trentino, Tuscany and Umbria. The Lunelli family has made sustainability its credo, and so today all the wineries are farmed organically.

The Lunelli family has long been active in viticulture; for example, they also run the Ferrari sparkling wine house in Trento or the Segnana grappa distillery. In the 80's the desire to expand its product lines arose and Tenute Lunelli was born. 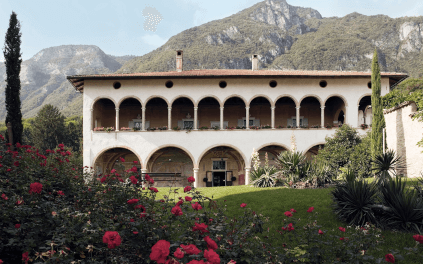 The beginning was made by Tenuta Margon in Trentino, where the Lunellis had their first experience with the production of still wines. This is also where the headquarters of the Lunelli Group can be found in Villa Margon, a building dating back to the 16th century. The grape varieties chosen were:

The strong temperature differences at about 350 - 600 m above sea level at the foothills of the Alps, which characterize the terroir, give the wines a special character. 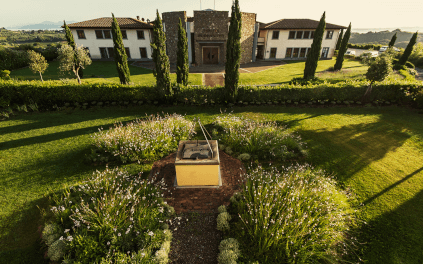 The second phase of the Tenute Lunelli began when the family felt confident enough in their knowledge to produce typical Italian red wines as well. They acquired 40 hectares of vineyards in Tuscany, in the municipality of Terricciola near Pisa. This was the birth of Podernovo as part of Tenute Lunelli.

A modern winery was added to the old farm and the cultivation of Sangiovese, Merlot and Cabernet was started. 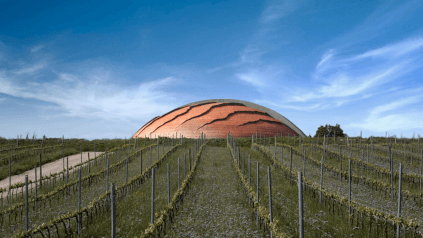 Not long after, in 2001, the Lunellis expanded their group to Umbria, with Tenuta Castelbuono, whose vineyards are located near Bevagna and Montefalco. The estate produces exclusively red Montefalco wines, especially Sagrantino, famous in the region.

Extremely striking is the Carapace - German Panzer - which towers on the top of the vineyard. The winery building was created by the artist Arnaldo Pomodoro and offers a truly unique sight with its copper-covered exterior.

In the spirit of sustainability, the Lunellis have made efforts in recent years to certify their wineries according to organic farming standards. Tenuta Podernovo made a start in 2012, followed by Castelbuono in 2014, and finally Tenuta Margon in 2017. Accordingly, insecticides and herbicides are no longer used and only natural plant protection is used.