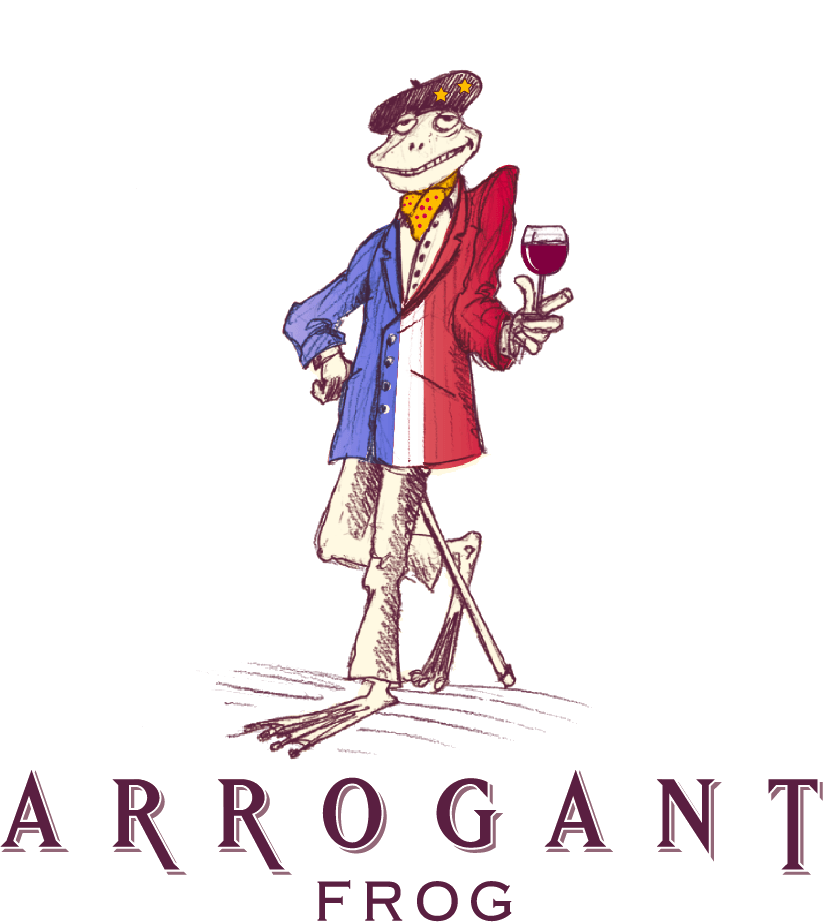 The "Arrogant Frog" comes from the sunny hills of the Languedoc between the Mediterranean and the Herault. With his winery, Jean Claude Mas is doing away with the prejudice that the French have no sense of humor. And at the same time shows where the best wines in the world come from.

The name Arrogant Frog plays on the cliché that the French are snooty and combines it with the English nickname for the French "frogs". Arrogant Frog, however, embodies all that is important to the French: good food, culture, the nation and, of course, good wine.

Jean-Claude Mas sums up his wines with these words: fruit, fruit, fruit. They are French in every case, but understood all over the world.

The vineyards and terroir of Domaine Paul Mas

The arrogant frog was born in the Hérault Valley in the Languedoc region of southern France, not far from the small town of Pézenas, which inspired the famous playwright Molière, and only half an hour's drive from the Mediterranean coast.

The vineyards of Les Domaines Paul Mas are traditional and planted with varieties typical of the region.

The proportion of white wines is smaller, but they have nevertheless been deeply rooted in the Languedoc for a long time.

The vines are planted on the gravelly, clayey limestone beds of the Hérault Valley and on the fossiliferous limestone hills that reveal a beautiful view of Lake Thau.

The permanent exchange in the team of the winery, constant tasting and perfect cellar hygiene are essential to produce top French wines. The goal is that the white wines and red wines under the Arrogant Frog wine line reflect the terroir on the one hand and have fruit, body, elegance and style on the other. The team led by oenologist Jean Claude Mas is the determining and most important factor in the winemaking process. All wines, from fermentation to bottling, are controlled by the "Humble Winmaker", as he calls himself.

Jean-Claude Mas was born a fourth generation winemaker. From his childhood, one always hears a story. At the age of only 3, during the grape harvest, he got away from his mother and walked the distance from the vineyard to the cellar, 2 kilometers after all. He preferred to help his father and grandfather in the pressing and winemaking. Since then, the interest and passion for wine has not diminished.

In the early 90s, he became involved with wines such as Château du Pape Clément or Château Talbot from Bordeaux, where he worked for 4 years. These experiences were and are decisive for his approach today to grapes from the Languedoc. in 1995, he returned to his roots. Jean-Claude Mas is often referred to as one of the pioneers of the "new Languedoc" or the "new age" of wine in France, one of those working to restore the status of the region where the wine culture is older than 2000 years.